The latest version of Valence 5 (5.0.20170120.0 as of this writing) makes it significantly easier and more convenient to develop Valence apps using Sencha Architect.  Specifically you can now:

The recommended steps to start a new Valence app and work with it in Sencha Architect are as follows:

You can also start a new Sencha Architect app manually or rework an existing app started outside of Valence Nitro AutoCode.  Simply review the structure of an AutoCode-generated app as an example and apply the appropriate changes to your app to make it Valence ready. 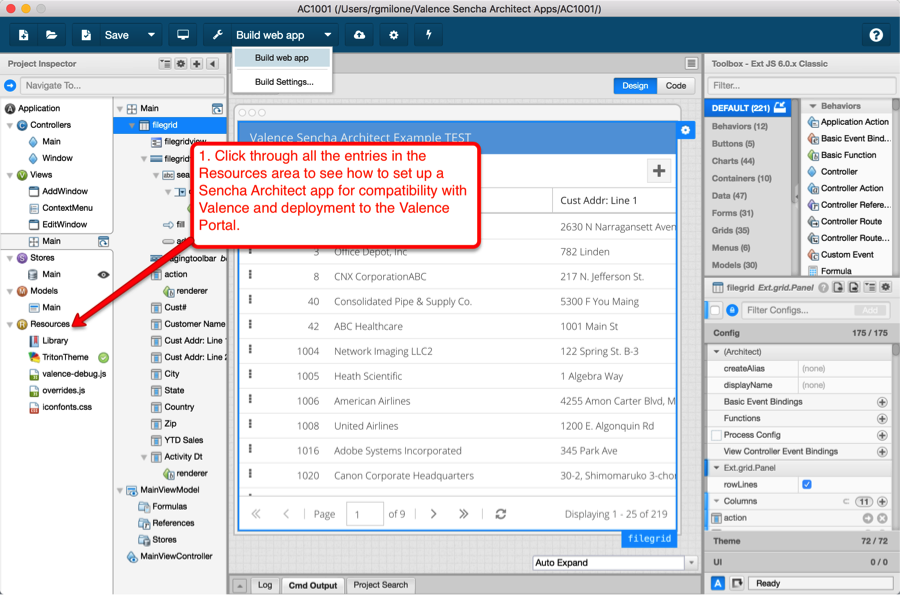