Features native portal app for iOS devices and updated user interface components CHICAGO, IL. CNX announced today the general availability of version 4.1 of the Valence Framework for IBM i. Valence 4.1 introduces new options for developing and running IBM i applications on iOS devices (iPad/iPhone), as well as support for a new set of front-end components for regular desktop apps. Back-end support for IBM i OS 7.2 is also included with this release. 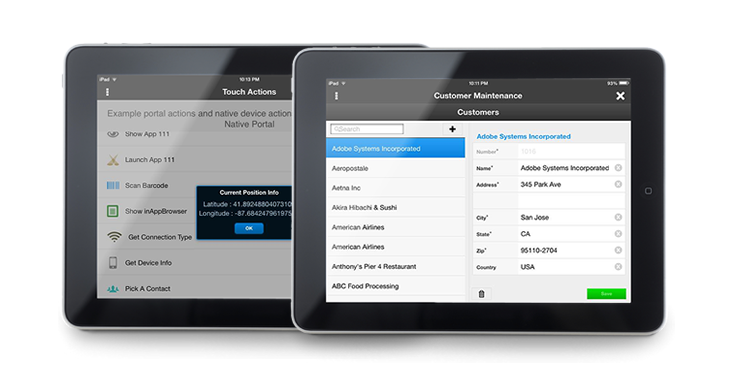 “We’ve seen demand for mobile applications in the IBM i space pick up appreciably in 2014, and this latest Valence release gives RPG developers jumping into that space some great tools for putting their users’ iPhones and iPads to work,” said Richard Milone, CNX Chief Technical Officer. “Quick and easy access to IBM i data on these types of devices opens up all sorts of possibilities for new apps.”

The new Valence Portal for iOS, available on the Apple App Store for free download as part of Valence 4.1, talks directly to the IBM i via its integrated Apache Server. In addition to allowing developers access to native mobile device assets such as GPS, camera and contacts, the Valence Portal for iOS also includes support for attached peripheral devices such as barcode scanners. This makes it possible for developers to create highly intuitive iPad-based apps that replace older portable computers running 5250 emulators.

“Beyond the obvious benefits of being super user-friendly, the real beauty of leveraging iPads with the Valence Portal for iOS is that the hardware runs at a fraction of the cost of the devices traditionally used in industrial environments,” said Milone. “In fact we’ve got one client in the process of rolling out dozens of iPads on their shop floor to not only move inventory and pick orders, but also to handle other tasks they wouldn’t have conceive of doing before with their traditional computers. It’s quite a game changer!”

The front-end of the Valence Framework includes Ext JS and Sencha Touch, advanced user interface components from Silicon Valley-based Sencha. These tools, combined with the Valence Portal and Valence RPG Toolkit, allow for the development of state-of-the-art HTML5 applications that communicate with RPG programs on IBM i. Valence also includes integration with Sencha Architect, a visual design and coding tool that makes it possible for IBM i developers to “drag and drop” their way to creating the front-end of their desktop and mobile apps.

“And for developers just getting started in this space, Valence 4.1 includes an update to its AutoCode wizard so developers can rapidly create not only desktop apps but also basic mobile apps — with zero coding,” Milone added.

Valence Framework 4.1 also continues to include a “stepping stone” solution for IBM i shops with large repositories of green screen programs. IBM i Access for Web, which was integrated into the Valence Portal beginning with Valence 4.0, makes it possible for users to run 5250 programs as apps right inside the browser. Developers can thus have the Valence Portal call specific green screen programs directly, or they can navigate users automatically to specific points using macros that are initiated when the green screen apps are launched.