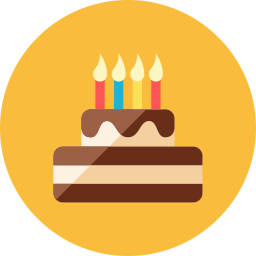 Twenty-two years ago today we officially registered CNX as an Illinois corporation (wow, that's a shocking thing for us to write), so we thought it might be fun to take a short trip down memory lane on this blog post.  So much has transpired in those years that we could write a book, so we will necessarily need to keep it brief here — perhaps one of us will write that book later!

In the early 1990's we were both working at a packaging company in the north suburbs of Chicago, Richard serving as the IT Manager and Rob as the Senior Developer.  After being under-stimulated there for a while, we decided it would be a great thing to start a business doing barcoding systems for companies using the ERP package PRMS on the AS/400.  After all, we had created a rather robust bar coding system for the company we worked for, so we figured everyone else using PRMS would want one too, right?  In hindsight, it was a crazy business plan with absolutely no research done in advance, but we got lucky.  It turned out there were quite a few companies out there that needed to enhance their PRMS systems, and we later added the ERP package BPCS to our repertoire too.  By 1999 we had released an official software product for the AS/400 called ATOMIC that not only extended the functionality of PRMS and BPCS through barcoded inventory control tags and programs, but also added enhancements to shop floor planning, execution and many other areas of functionality that were severely lacking in those early ERP systems.  Of course just about everything running on the AS/400, PRMS and BPCS in particular, had green-screen user interfaces at the time.

By the mid 2000's we were really trying hard to find a way to freshen up the ATOMIC user experience and provide some kind of graphical interface, preferably via a desktop browser (smartphones and tablets weren't a thing yet).  Over the years we sampled "modernization" tools from every vendor out there, and by 2007 we finally had to conclude that we didn't like any of them at all.  JavaScript frameworks like Ext JS and jQuery were becoming a “thing” around that time, and we really liked how they could be leveraged to make great UI's for business apps, but no one in the AS/400 world was using them at the time.  So CNX made the bold decision to create its own modernization framework called Valence, and the rest, as they say, is history.

But there's more to the story.  As we look back, it’s interesting to note that Valence was initially conceived as an internal-use-only tool, just something to get our ATOMIC software into a web browser in a modern, user-friendly way.  Our development team put a MASSIVE amount of work into it during the first six months of 2007, then we decided to show our external marketing team what we were up to one day.  Someone from that team casually said, "why aren't we putting this out as a product that others could use to modernize their apps too?"  Amazingly, up to that point, no one had even thought of that!   Again, with no advanced study or planning, we released it as a modernization tool in May of 2008, officially launching Valence 1.0 at the RPG World conference in Las Vegas.

Fast-forwarding to today, Valence has now far eclipsed the success of the ATOMIC product it was originally intended to modernize.  Valence has gone on to help so many companies running on the AS/400 (or iSeries, i5, IBM i, etc) find their way into the UI future that it's almost mind-boggling to consider this product’s existence was almost an accident.  Although we still do many modernization projects for companies using the old PRMS and BPCS ERP systems, we also help plenty of customers who use their own custom software and other ERP systems, most which have nothing to do with our original operational fortes of inventory control and manufacturing.  Which goes to show, if you do anything with an IBM i today you can leverage Valence to create apps with a slick modern interface (and with our included low-code app builder tool you can pull much of this off with little or no coding required).

In just a few days we’ll be unveiling Valence 5.2, the latest major release of Valence since we first introduced version 1.0 a decade ago.  As we look back at how we got to this point, we feel compelled to hand out some major thank you’s…  First off, huge thanks go to all the Valence early adopters who gave the product a chance in its infancy.  Without you Valence wouldn't have evolved to this latest version, and your feedback over the years has been critical to the rolling out of much of the framework’s bells and whistles.  We also couldn't write a story about our history without giving a major shout-out to Sean Lanktree and Johnny Major, the lead developers of Valence since the very beginning.  Sean and Johnny are committed to continuing the fast pace of innovation with Valence, such that you’ll never have to compromise an app's user experience just because it's running on an IBM i.

We hope you enjoy using Valence as much as we’ve enjoyed creating it!