But in some cases you may have grid columns that, ideally, would have different column headings depending on the type of data being rendered. 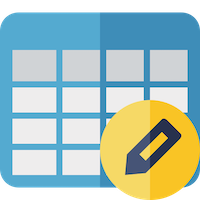 To illustrate by example using this "recent period sales grid" scenario, let's create a simple table to hold some imaginary sales data for the past four months, beginning with the current month. First we'll go into STRSQL and define the table:

Next we'll plug in some random sales data, using the sample product master file DEMOPMAST to drive it:

Resulting in a file or recent sales numbers by product/period that looks like this:

Now we're ready to build our app. To start, we'll create an SQL-based data source over our SALES_DATA file to pull in the four recent periods of sales for our products, along with some ancillary data from DEMOPMAST. The SQL statement will be fairly simple:

Next, we'll pop this data source into a simple grid widget, making some minor tweaks to the renderers, resulting in a list that looks something like this (note that the sales column headings retain their generic field names, for now): 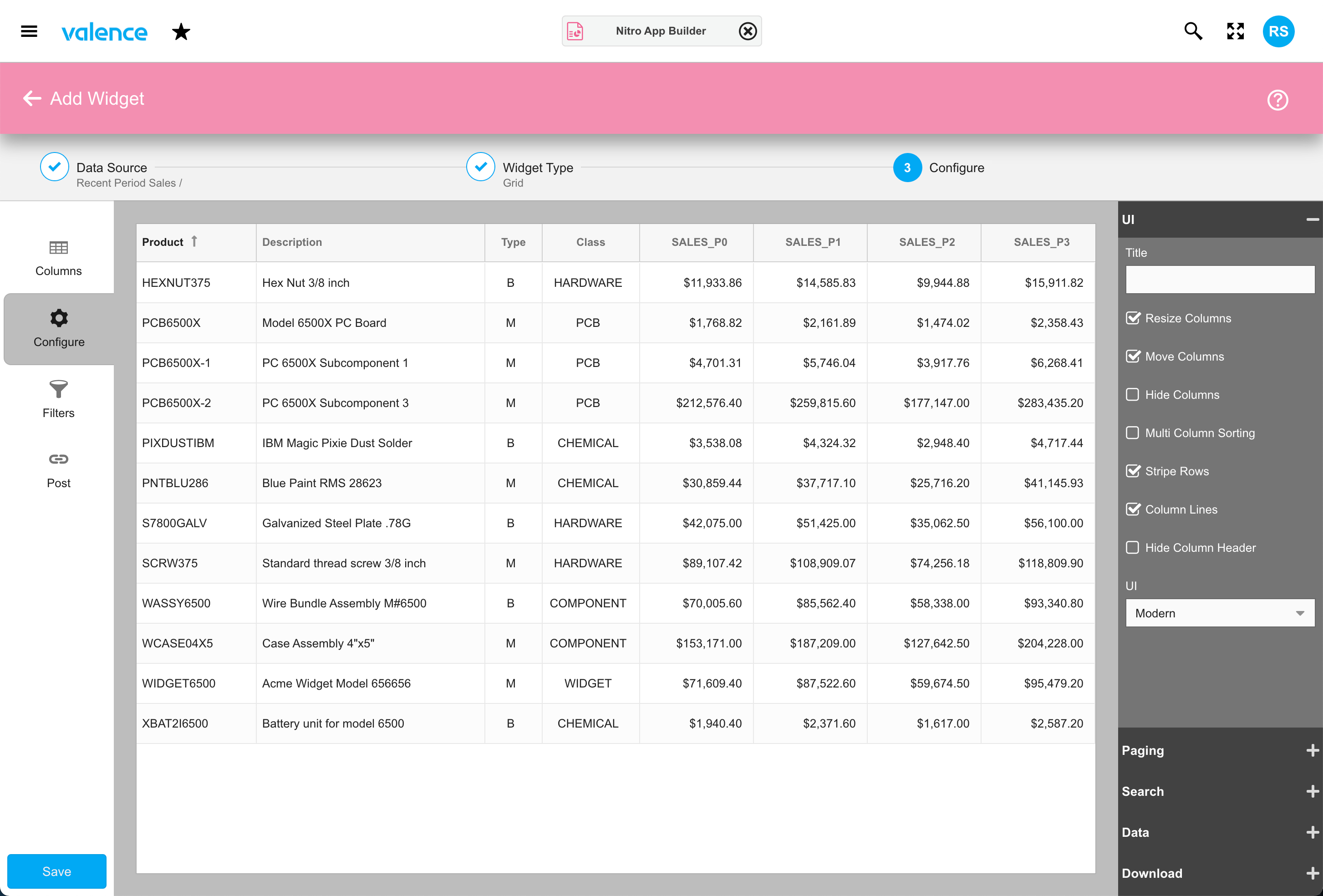 The final step is to create a simple RPG start-up program that will be called when the app is launched to override these column heading App Variables whenever the app is launched. We'll use the EXNABSTART source code as our template. With sales_p0 reflecting the current period or month, sales_p1 being the prior month, sales_p2 being two months prior, etc, our RPG program uses some embedded SQL to set the column heading names accordingly:

(Note that this is just illustrating one way to derive the month names; you could of course use other logic besides SQL).

After saving the source member with its own unique name and compiling, the last step is to tell NAB the name of the start-up program. This goes in the Security tab of the app (we've named it EXCOLHOVR here): 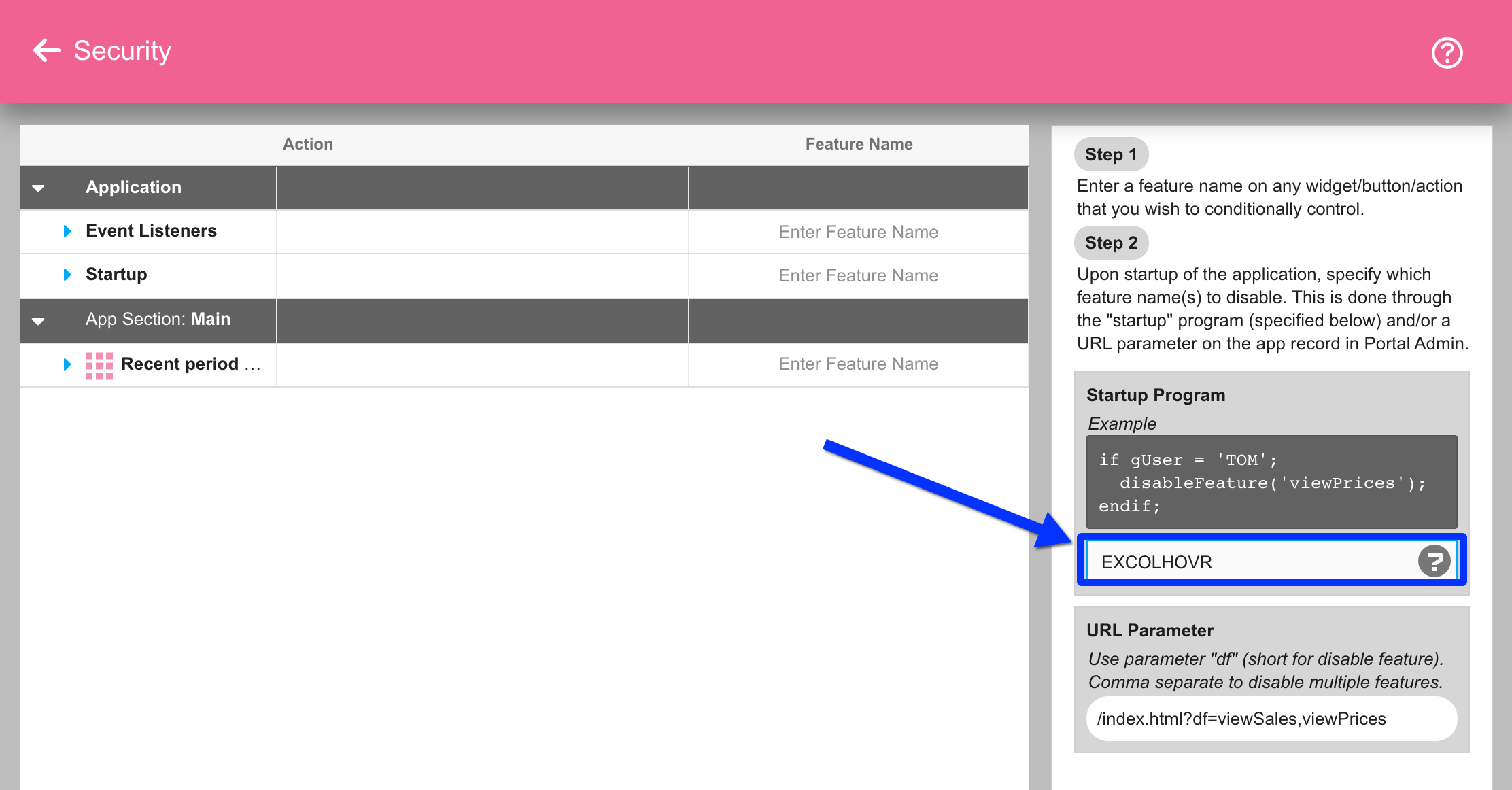 With the app saved, we can now launch it and see that the generic period column headings have been overridden with some easier-to-understand headings for our users. 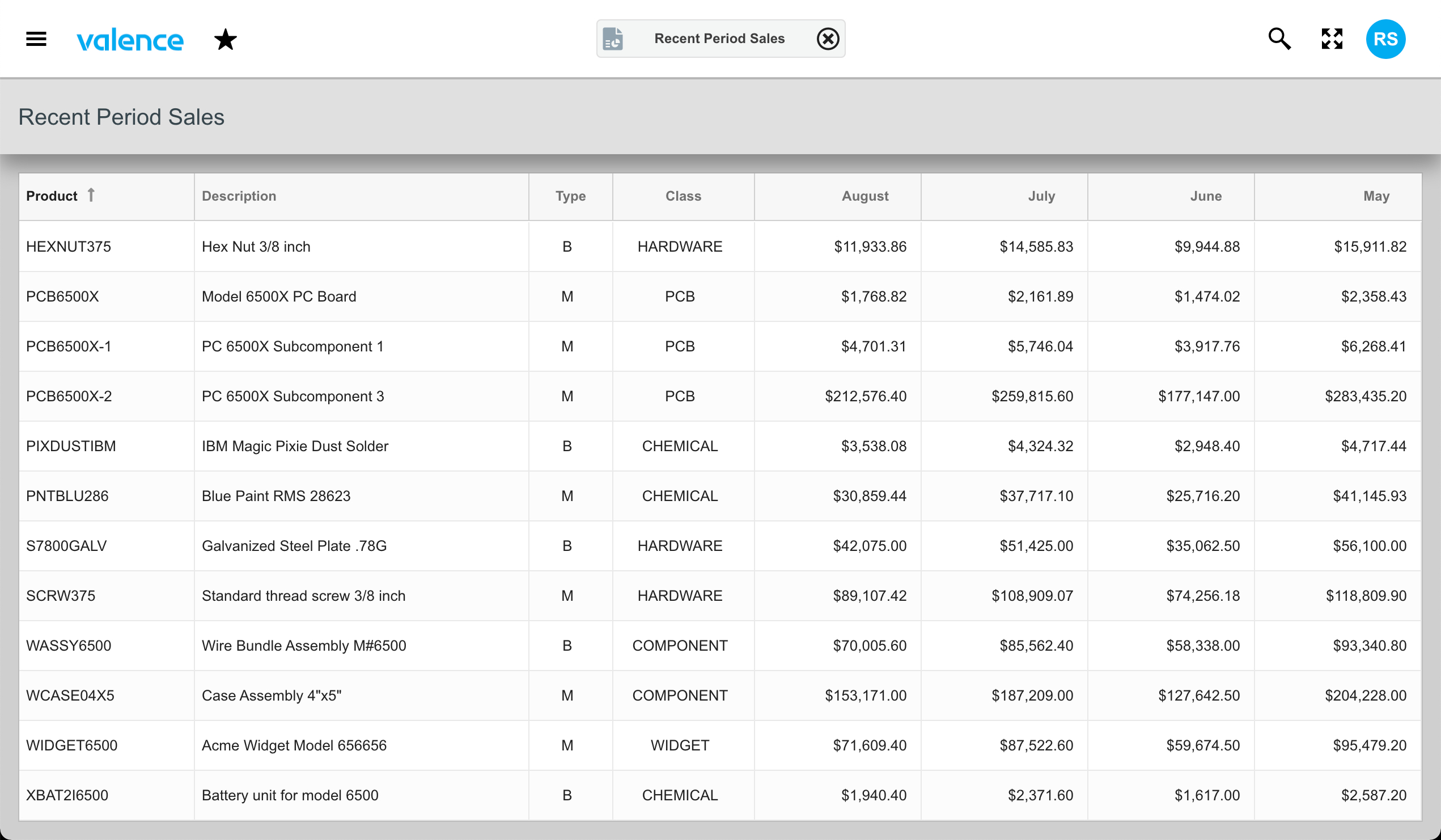 You could apply this column heading override concept in other ways as well. For instance, you could add a button to your app that causes the grid to reload with some slightly different data, calling a program (modeled after EXNABBTN) to override the App Variables as needed.