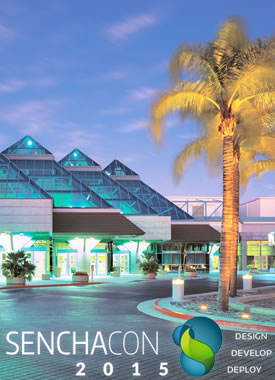 The 2015 SenchaCon conference took place last week in Silicon Valley, with a host of exciting announcements about what's in the pipeline for web and mobile app development.  As assessed by the CNX staff in attendance, here are the top five most interesting tid-bits for the Valence community to come out of the show: