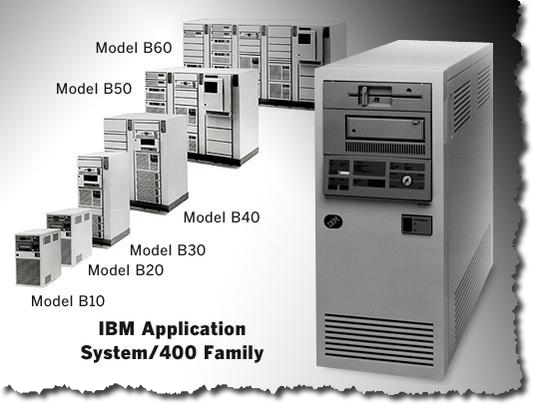 With IBM i turning 30 I thought it would be fun to recap the evolution of this amazing operating system over the years from my perspective. The first system I ever worked on was a model B50 way back in 1991, and of course it was called AS/400 at the time. I thought the machine was pure magic with its tan towers and reel-to-reel tape drive (some of you may have to look that up).

By contrast, today my company has multiple IBM Power Systems running IBM i that, taken together, probably occupy less than 5% of the space of that old B50, yet are thousands of times more powerful. What a ride it's been so far!

Hardware is Nice, but…

Let's look at the hardware and software separately. My team and I are basically all software developers by profession. Do software developers really care about hardware? Not much, at least not in my experience. Yes, the latest Power 9 is very impressive, as well as all the numbers that came before, and the previous named systems like eServer, iSeries and AS/400 were also very impressive machines. But as software developers, all we mostly care about is that the hardware keeps running, that faster systems keep coming out year after year, and that we can upgrade without fuss. And wow, has IBM really spoiled us on all of those points! I was always amazed by how much performance improved every time I was part of an upgrade from one hardware system to the next, and I have no reason to believe that trend won't continue.

Those Darn Name Changes — Who Cares at this Point?

When talking about the history of IBM i, a discussion of all the name changes over the years is unavoidable, so let's get that out of the way now. <rant>I'm frankly tired of the boorish arguments at conferences, user groups and online over the historical name changes of IBM i (first AS/400, then iSeries, System i, i5, etc.) and people complaining about IBM not marketing the system correctly, among other perceived failures. People, it's been decades now, let's get over it. Does the name, or what IBM did or didn't do, really matter at this point? I personally never judge people who still call it AS/400. They don't know any better, and I do try to gracefully move them towards the name IBM i, but I don't lose my mind over it.</rant>

It's All About the Software

So we all know the hardware has evolved (dramatically) and the name has evolved, but what about the thing that really matters to us developers — the software? I have to admit it was tough for a while, watching popular visual development tools come out for all the other OS's over the years, but I think IBM i has finally caught up. At this point I can't conceive of anything that I could write for a customer on Windows or Linux that I couldn't do on IBM i, simply because everything I write is either browser or mobile app-based and calling web services. My apps couldn’t care less if those services are being hosted on Linux, Windows or IBM i. But on IBM i we have the luxury of a totally integrated and bullet-proof system with unparalleled management tools.

All through the late 2000’s, and up until very recently, a number of people I talk with in the business would occasionally blab that this IBM i thing would be “dead” by now. Guess what! That didn't happen, and it's not going to happen, at least not in my lifetime. Yes, there are certainly some companies moving off the platform for various reasons, but I also see just as many or more doubling down on IBM i these days, using software like Valence and other modernization tools from an excellent vendor ecosystem to make dramatic improvements to the usability of their IBM i software, and without the high risk and cost a “rip and replace” project would typically entail.

That said, while many of our customers are committed to staying on IBM i for the long term, they also want to tap into a greater programmer talent pool by developing at least a portion of their new applications in something other than RPG. On that front I have to give IBM a ton of credit for recent developments like getting Node.js and other popular open source packages ported over to IBM i. The team spearheading this work is led by Jesse Gorzinski at IBM Rochester. Let me tell you, Jesse is the best thing that's happened to IBM i in a long time!

I say that for this reason: Since 2015, whenever my company was tasked with writing an app for a platform other than IBM i, Node.js was always our server-side language of choice, as it’s a natural complement to the JavaScript that is so widely used on the front-end UI. So having the ability to use Node.js on IBM i today is super exciting for us. In fact, as of this year whenever customers ask CNX to develop software for them using Valence on IBM i, we more often than not recommend Node.js now instead of RPG. I can’t overemphasize what a big deal it is that we have Node.js as a viable development option on IBM i! We’re not alone in that sentiment, either. At the spring POWERUp18 COMMON conference in San Antonio this year I detected a noticeable uptick in excitement for the platform from attendees that I haven't seen in years, and I believe IBM’s emphasis on Node.js and other open source possibilities are a big driver of this.

It's been fun to look back at the evolution of this amazing system, but it's going to be even more fun to see what's in store for the years to come. This ride isn't over yet!

Get the tools and support you need to deliver truly modern apps on IBM i with our Valence software. Click here to download!